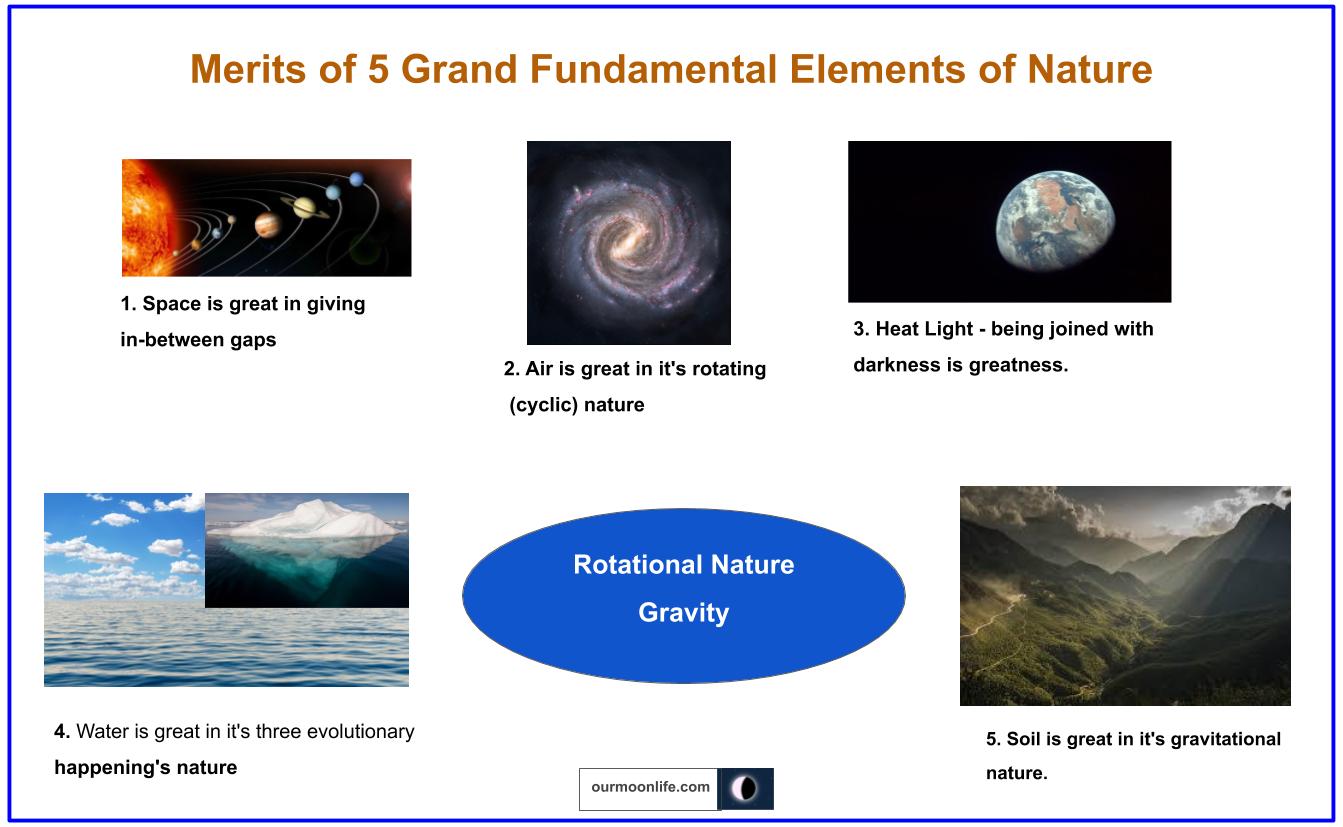 Merits of 5 Grand Elements of Nature:

The 5 Grand Fundamental Elements of Nature, is Space, Air, Heat, Water, Soil. Such 5 are being Static in state and Plant Lives, Animal Lives, Human Lives are being non-static in state, is what we are describing here. The Universe structural making in most of it, is being called the planet, Earth. along with Earth every planets here, satellite planets & Stars included we are call it as Universe. The reason for us calling Earth as a World is that, “we (Planet lives, Animal Lives, Human Lives) have everything required for living, existing to be in existence here (Earth)”. Hence we have been calling it in such a way. We continue to call it such as well.

But why now alone there is a need for changing the way it exists. That is, not calling Earth alone as World and if we are calling everything as Universe or World, there is a reason belonging to it. How being, Moon’s Light is mandatorily needed for Earth’s Livelihood, is required to be understood.