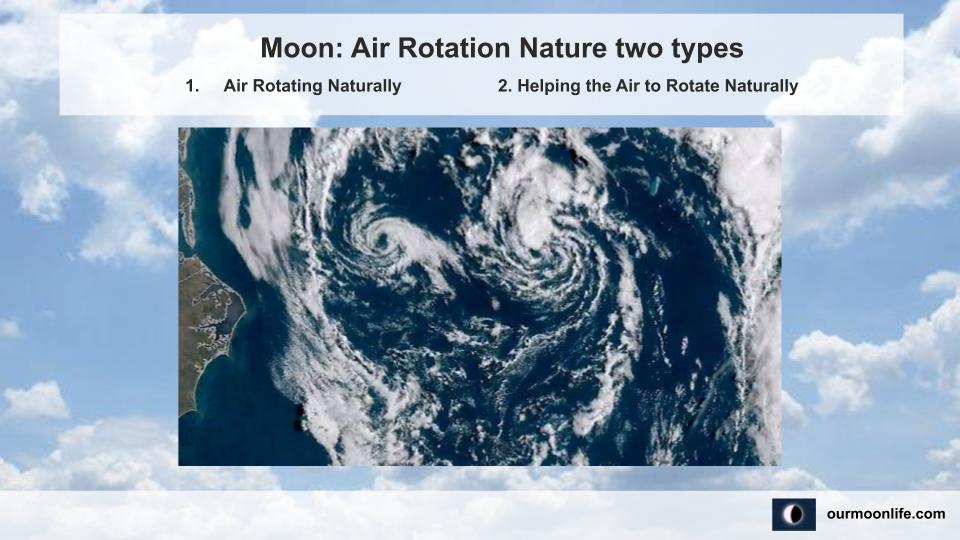 Rotational Nature:
In this Universe in which we are living in, If it is to be within in a circle: 5 objects are required to function as separate and joint in nature, through the rotational method and Gravity functioning method, if such is the case, how will the result be? Only in such a way, it is existing( or it exists). These 5 objects is what we are calling as 5 Grand fundamental elements of Nature. 5 Grand Fundamental element are being described as Space, Air, Heat, Water, Soil. Those 5 type functions are described to have 5 type operations, those 5 operation are being required to function in their designated pathway methods within the circle and – each one being required to join with other 4 element’s operational executions. These 5 type operations are of two types based out of a core execution purpose.

Air’s rotational Nature:
Being ‘one of the operational core of the Universe’ and ‘for the Universe rotational operation and Gravity’s operation: Air exists to be one of the fundamental reasons, activity & instrument’. Air does the required elevated activities for it to move by itself and for small objects surrounding it to be moved, for huge objects to moved and to rotate. If air’s jobs are to be described briefly, “For Static to function it exists as whirling natured Air, For Non Static to function it exists as breathable natured air”

Air’s Responsibility:
Air’s responsibility exists to be a very important and minute subject.

Universe internal structure gap rotational function:
Everywhere within the inner structure of the Universe, air has the necessity to whirl (rotate/spin) within the rotational operations. This happening is helping in unified functioning activities that happen in the Universe-inner-structure’s inner gap such as, heat, cold, light, dark ……. in such element’s activities, air helps in functioning together with it. That is, it helps in the function of the Rotational nature that operates on every direction and that which moves on every direction.

Planets Protective Field’s Outer Structure Rotational Operation:
It helps in the rotational operations (Rotating around itself, Revolving around it’s orbital path) of the Planets’ protective field’s outer structure that exists within the Universe’s inner structure. That is, air performing its rotational nature responsibilities by joining with Heat, water(cold), Gaps is helping in the rotational nature of the planets that whirl with the protective field’s shield.

Not only Planets but also for the Meteor’s (Asteroid) operations, Air helps in performing the responsibility of functioning in joint with Heat, Cold, Gaps.

Planets’ Inner Structure Rotational Nature:
For the Static – Non Static Nature of Life that exists in the Planet’s inner structure (inner surface of the Soil), air renders its help by joining along with the 5 Grand elemental energies’ support. 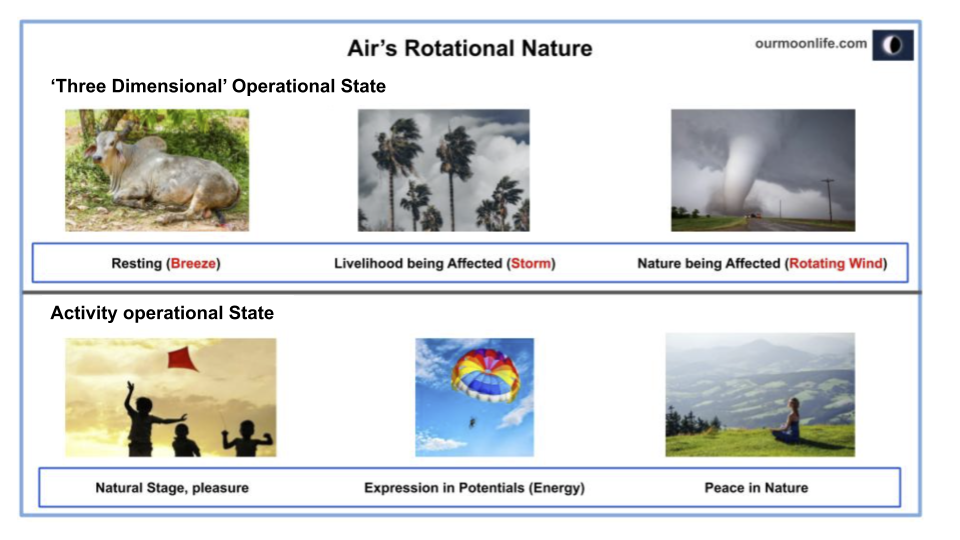 Come let us get to know (learn) more.

If you have any query regarding the terminologies mentioned in the research article.
Please feel free to post your comments.