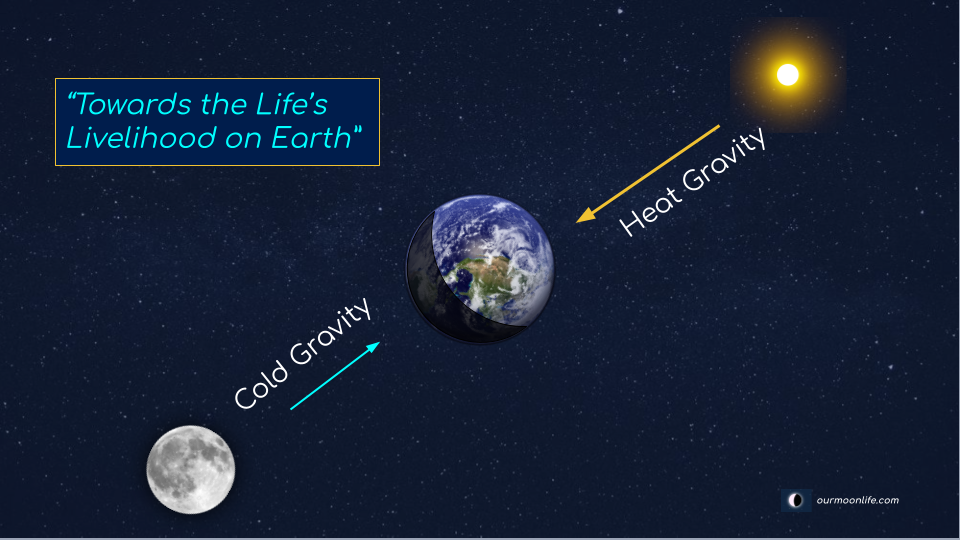 In this Universe, where we are living in: “We are continuing to live in the solar system”. This Universe we live in: “Is existing to be under two types of structures called the day-night”. That is, “It is existing to be that which functions in the rotational operation format called the light-dark in the natural structure”. This type of Natural structure is existing be in such a nature that, “it differs from planet to planet”. In it, every single planet is differing in gravity as well as in operational gravity that functions in the natural structure. But for every single planet in the solar system, the Sun’s light of heat by itself is giving the light for it as well. As a result of the planetary rotation method, there is the creation of the happening called night or darkness. This happening is that which becomes the reason for existence daytime with the Sun’s light during the day on Earth. At the same time for the Night: “it being completely dark is a complexity for the life’s livelihood”. For this happening, the Moon by itself is establishing livelihood on Earth and is giving light as a protective shield for the planetary gravity life’s livelihood through the Moon’s rotational operation and planetary gravity.

The answer to the how? that follows is, “As the existence of Earth is based with the focus on life’s livelihood, and now for the Sun’s heat gravity to be utilized. The plant lives, water source structures, and the life structure as well are filled in abundance”. As a result of this, “On Earth within the Day, Night happening in the rotational gravity structure – There is water source structure to correct the heat and the plant’s flourishing nature structure as well as in existence as a corrective equalization”. Hence, the Gravity existence on Earth is existing to be in a favorable method for the life’s livelihood and as well being a favorable method for the functioning in a unified way with the 5 Grand elemental structure method as well.

The same happening on the Moon is existing to be entirely different. The answer to the question of how that follows is that: “On the Moon, to correct the heat gravitation strength, there isn’t water source, plant lives, life structures, and flourishing green structures”. As a result of this, the planetary gravity and rotational nature structure on the Moon is being different than what it is on Earth. Not only that, the operations that function in unification with the 5 Grand elements as well as is being different. Hence, on the happening of the planets’ structure, the planet’s gravity existing to be different in its existential nature based on life’s livelihood is required to be known. If and only if it is known in such a way: “Will it be an impeccable specialty of science in learning about not only the Moon and the Earth but every single planet in the Solar system and the Universe by knowing it”.