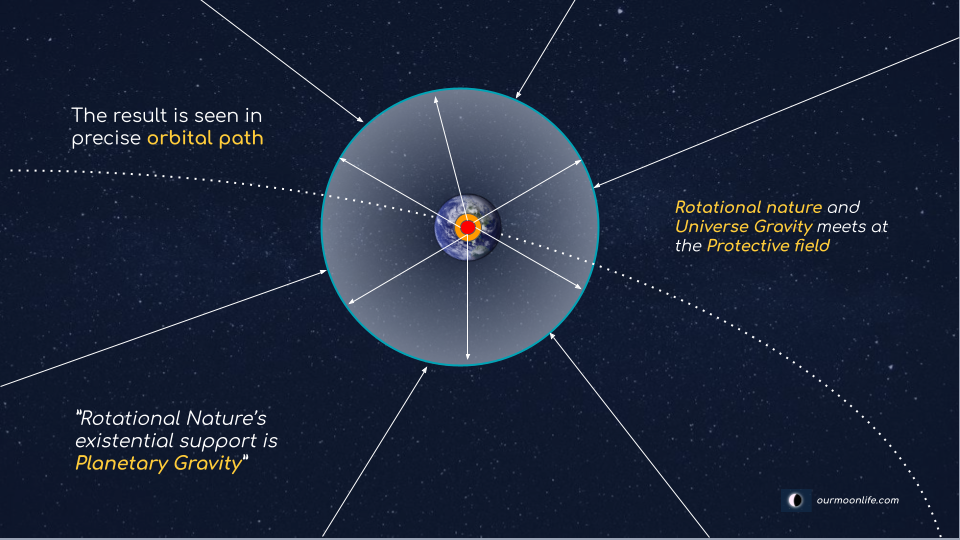 In this Universe we live in, there are many billions of planets that are available in Natural structure. In it, we are continuing to live in the Solar system. In such a state, for us to live: “There are planets available as source”. In it, every single planet is rotating in a whirling method. Every such planets that are whirling around, “are whirling around with the support of having gravity”. Every single planet that is whirling around with the support of gravity is rotating around in its own protective field and on its own orbital path.

Planetary gravity is being existential for the life’s livelihood as well, “which is in connection in-between the Planetary rotational nature and the 5 Grand element’s structure”. Only through the operation of the Planetary gravity’s strength: ”It exists to be such that, it is being a functional and operational nature of a fundamental structure for every ‘source operations of connection’ such as the inner side of the planetary structure, the in-out planetary structure, and the out-in connective functions”. That which formed in the happenings of the 5 Grand Elements that are required for the Planetary operation, similar to that, the protective field: ”for the planetary structure that functions in the Universe connection, to function naturally in the natural structure and to rotate naturally and for the protective field to be existential in a protected way the protective field is existing based on Life’s livelihood as a source in a fundamental format, is what we know”. Adding onto it, it is being helpful: “for the planetary gravity and the planetary rotational nature to be joint with the Universe structural nature to be functional and to be operated”.

For the connection in between the Planetary gravity and Protective field to function properly: “If only the life’s living method that lives on the planetary structure becomes existent properly, will it become a possibility”.