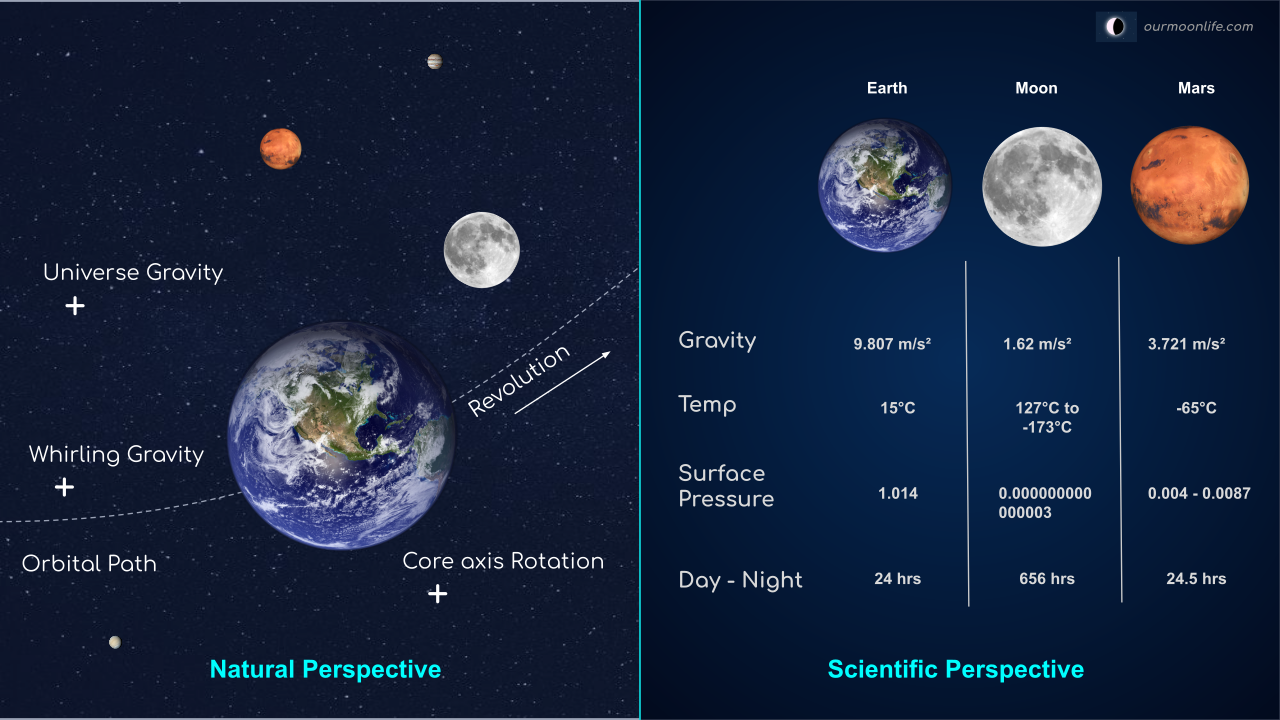 Where do we stand?

In this Universe we live in, there are innumerable Planetary structures, Stellar structures existing naturally as a Natural Natured Livelihood structure. Adding on, In this Universe in which we live in, “only for the ‘life nature’ to live happily in a prosperous state on the expansiveness having a flourishing state, the Universe indeed exists to be in an expansive state of a Nature unification along with the 5 Grand Elemental Law structures in Nature”. Adding on, “Only for the entirety of the ‘life nature’ structures in this Universe to live a grand life, the intellect called ‘The Natural Natured intellect’ is being handed out as a grand ‘life strength’ in Nature”. Moreover in it: “Specifically for the Human beings, to live on any structural existence on this Universe, the Ultimatum of Grandness filled intellect among the ‘Natural natured Intellect’ of Life Nature. That which is called the Rational Intellect is been given”. With the help of the Ration Intellect, that which is of Utmost Grandness, “the human beings with living on the Earth, conduct their researches on the Moon and the Mars while furthering towards the Solar system in the nature of increasing vastness”. On the basis of such a grand Scientific intellect of thyself, we are in the state of conducting researches by landing on Mars. They are conducting researches by bearing the extreme state of the temperate-heat-cold prevalence on the Moon. In such a setting, the researches of the Scientific structure being conducted as researches by thyself on the Mars’s planetary structure, is having the necessity of ‘travelling beyond the rotation methods’ in Nature. On the Moon, the existence is such that, in the morning there is unbearable heat, at night there is the state of ‘Cold and darkness’ that cannot be seen with naked eye. Similarly the Water’s ‘place of existence’ is as well being existent as a hidden object. Not only that, but the breathable air’s nature is as well in a state of ambiguity in knowing it’s ‘place of existence’. In such a complex existential state, the Scientist are attempting further and further again in conducting researches by landing on the surface of Mars, in traveling beyond the Moon. To land human beings on Mars, it is required to correct the nature of the Gravity and the Air’s rotational operation that prevails around the planet Mars. Before correcting the Air’s rotational operation that prevails around Mars’s exterior, it is required to correct the planetary ‘rotational operation methods’ of the Moon.

For all of this (Life natured livelihood, Natured Livelihood), the Air’s Gravity in itself is being a Magnetic Gravity, Heat Gravity, Cold Gravity, ‘Whirl – Rotation’ Gravity and for it to function in interchanged manner, it is being a reason in action. Adding on, if the Rotational operation’s vast function’s operations are observed keenly, everything will come into knowing in a simplified and clear manner. That is, for the Universe’s Outer-Inner, Inner-Outer rotational function’s operation, the Air’s gravitation strength is similar to that of how Air is almost being the Life of ‘Life Nature’s operation’ (Life operation in living beings). In same sense, it’s being an existential state to every type of Functions that happen in the Universe. This is required to be known.

To correct the ‘Air’s rotational operation‘ it is required to Unify the 5 Grand elemental structures. That is, for the 5 Grand elemental structures to function in Unified way, the rightful ‘environmental existence’ for it, the ‘livelihood environmental existence’ being created in the state of living it, “is the most simplified and strong solution method to it”.

Why are we describing the Earth as the livelihood model planet in the Solar system?, “In terms of the Earth: Water, Soil, Air, Heat and such elements are being witnessed in the state of operating in an unified state under certain specific environmental situations”. Only because of this: the Air, Cloud, Rain, Heat and such elements are functioning in a stabilized state, is what we know. The same environmental existence, that is the inward-outward ‘Operational methods of Air rotational nature’ that exists on the Earth: “is having the environmental existence of bearing the Sun’s heat”. Not only stopping with that, but as well as the environmental existence that prevail and rotate on the Planetary structures such as the, Moon, Asteroids….. Mars….. that which are close to the Earth: “are being helpful in the safety of Earth ‘in rotation’, to function and to operate as well”.

What is the Fundamental Structure to it?

Adding on, “for the ‘5 Grand elemental exchange’s’ environmental-existence, the Flourishing gravity that prevails on Earth by itself is the necessary reason“, this is required to be realized by us in clarity. Every expressions in the environmental-existences that prevail in the ‘Space structures’ is being exchanged within Nature. For example, the Cloud that is evaporated from the water on Earth, “It’s cold nature is functioning in joint with the Rotational-Operations of the Planets such as the Moon, Mars, Jupiter…….. that are close to Earth.

If this happening is to be described with clarity, then it is with the ‘Air formation’ (Moon’s Hot air) that is in the outer circle of the Moon (existing close to Earth), “is joining with the Air that is expressed from the Earth” (The Stabilized Heat-Temperate air of Earth). As a result of this, the Cooling nature expressed from the Earth is gravitated by the Heat strength that is expressed by the Moon. Similarly, the Cooling nature expressed from the Moon (The Cold Air from the Night) is gravitated by the Heat strength expressed on the Planet Venus, which is close to the Moon. It is this, which is called the Gravity exchange/preservation method that is exchanged in the Space gaps as Heat – Cold.

This being used as a ‘Flourishing rotational gravity method’, then creating it as a ‘Planetary rotational method’, ‘Air rotational gravity method’ and then correcting the ‘Rotational Gravity’ in the research methods of Planets to Planets. In this course we know that it is possible to live a grand life in this Universe having a great method by Creating ‘Life natured livelihood’ in course of it and bettering the Human livelihood & ‘Life natured livelihood’. Come! Let us all Scientists attempting at creating Life natured livelihood on Planets, join together and better the Human livelihood. If unified the betterment is guaranteed. Come! we realize this. In Unity, we will live a great life in betterment & happiness, come!. In living and happiness, we will show the way forward and enjoy happiness in it, come!