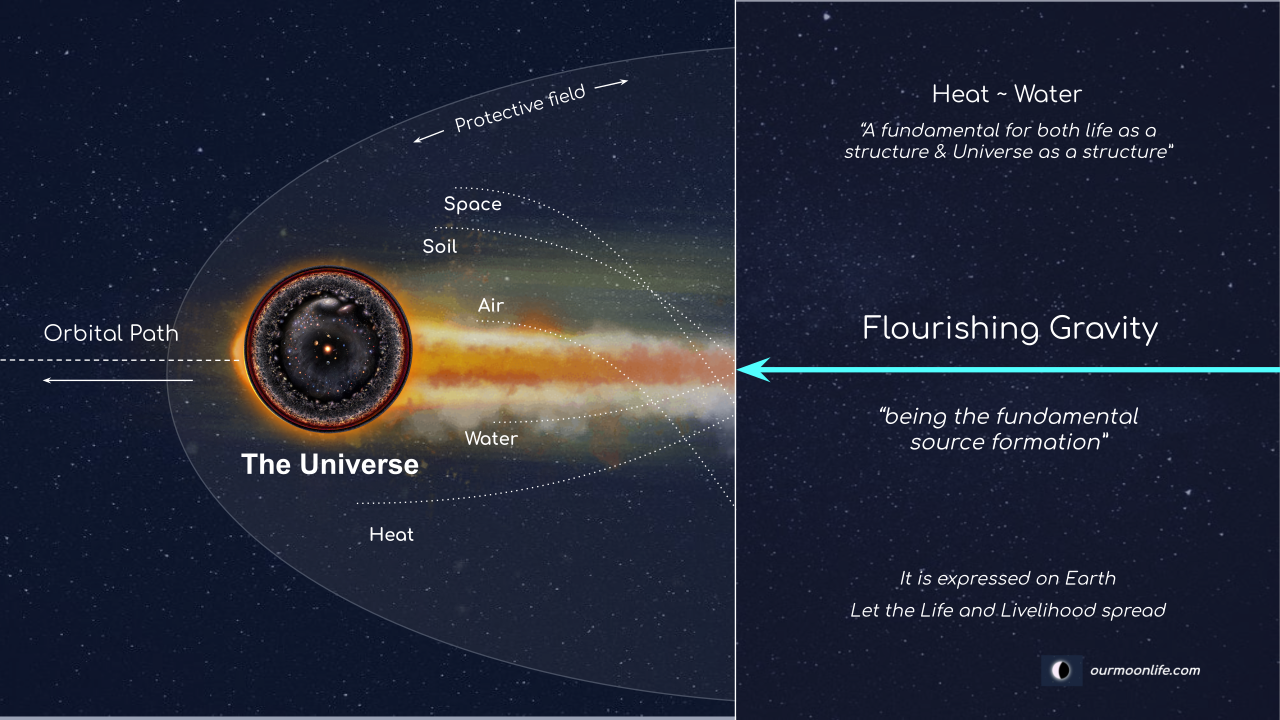 Only because of this, for the human beings that live on the Earth, the scientific intellect of learning the scientific secret ‘in the way of learning the Life nature’s livelihood structure and the planetary structures of other planets surrounding the Earth’ and acting based on it and the science that happens in connection with it, is existing in Nature in a natural manner is required to be observed keenly.

The ultimatum of this is what are the planetary researches and the methods of communicating directly between planets which have come into existence. If this is observed keenly, these truths will come into complete understanding. Hence, through the ‘connective strength’ of Water and Heat, we need to attain a stable state of existence for the Flourishing gravity on the Earth’s planetary structure as well to protect and maintain the Life nature’s source structures on Earth. Hence the Flourishing Gravity’s secrets, action-plans should be made as a practical execution plan on all of the Human worlds. The human livelihood’s life secrets, indirect complex expressions should be experience by human beings in their living period itself. Adding onto it, for the living and for the generation that is to live, it should be lived in a format of a scientific way as an exemplary life, forward. Hence for the Human Society and the Life nature’s livelihood to live in a continuity on the Universe: “Let’s get to know the Flourishing gravity’s greatness in a scientific manner”. For the human society to live a grand life, “come let’s make all the methods/formations that are Scientific, experiential to be a livelihood existence and live it!”.