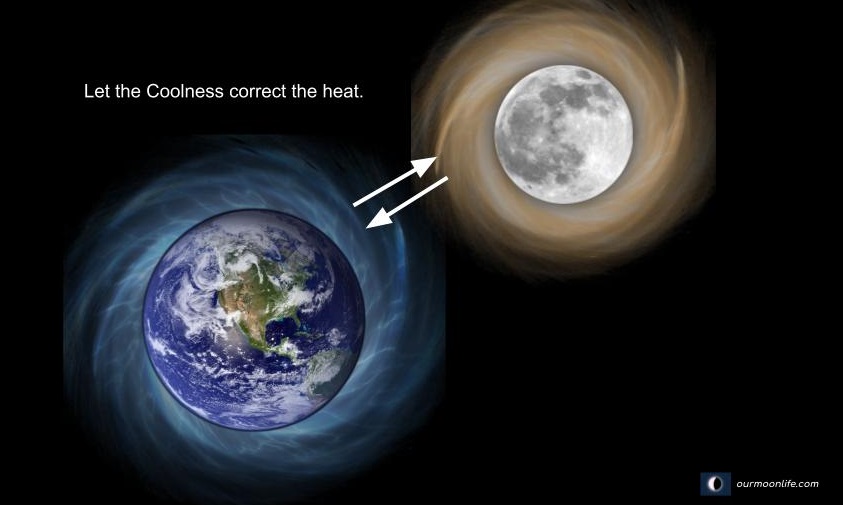 In this world we live in, for many million years we are living in a livelihood life of a structure such as the plant lives, human lives, living beings as natural structures along with artificial structures. In such a continuous time period of livelihood living method, the artificial life (Mechanical) method in the natural structure has made every place surrounding the Earth becoming filled with heat through heat wastes affliction. The outcome of the heat being filled around the Earth is starting to join with the outer spinning wind that comes around the Earth. Through this, the air that is filled with heat wastes around the Earth is mixing with the atmospheric air of the Earth. The outcome of this will begin to make the corrections of the Earth’s Global warming to become weakened.

The solution belonging to this: “It is required to make cooling nature on Earth by making the Earth filled with flourishing nature”. By creating cooling nature on Earth it is possible to correct the Globe from becoming warm. The coolness containing air that is formed on the Earth will start to join with the air of the Earth’s spin. Through such happenings, the heat in the Moon’s rotational spin’s air will begin to be gravitated by the Earth’s rotational spin’s air which has a wet nature to it. Through this, the heat nature that is dominating the Moon will start to reduce. This happening can be described as the Heat – Cold corrective happening. This can alternatively be called as Heat – Cold correction on the Planetary structure. This happening can also be called as “two planet’s” or “one planet – one support planet’s exchange of services”. Through this, it is easily possible for the creation of Life’s and Human being’s livelihood.

In the Planetary structure method, through the Nature correction methods, it is possible to create livelihood methods from one Planet to another. This can be learned quite easily.