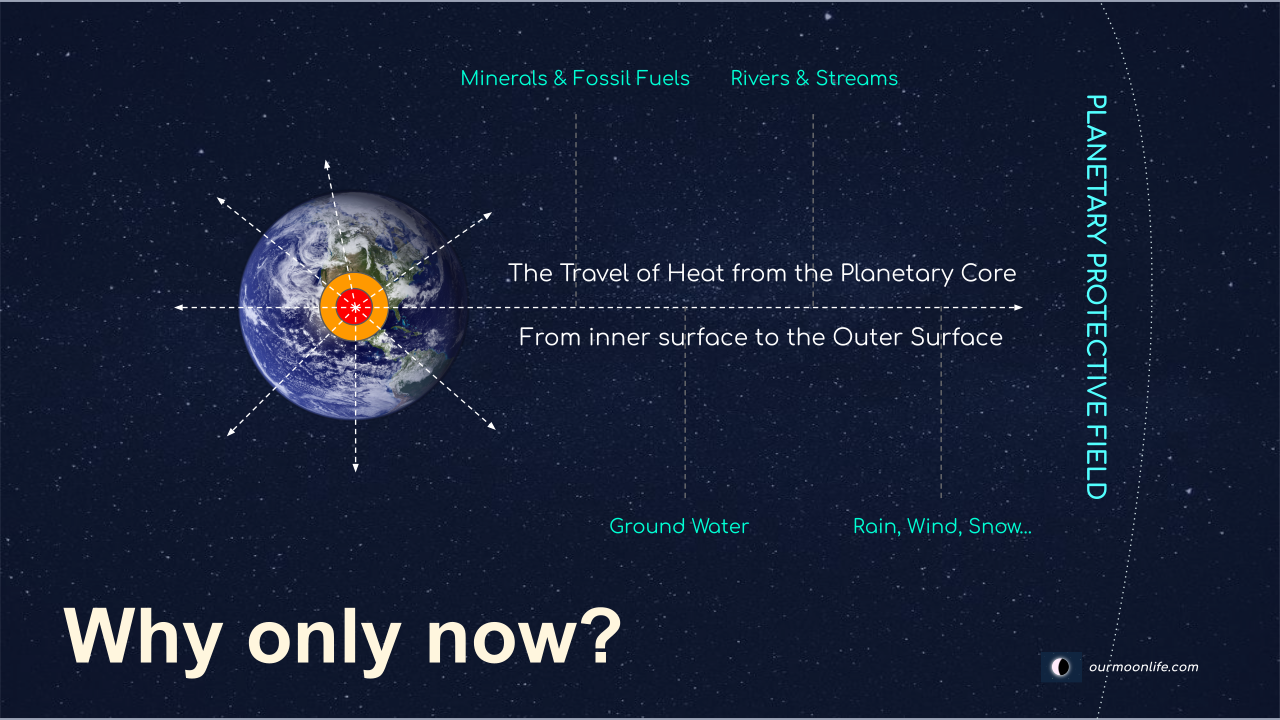 In the state of the life nature’s livelihood that started many billion years ago: Why only now? there is the happening of Global warming. Do we know the reason for it?

In this Universe where we are living in, there are many billions of Planets within it. In such a natural structure, we are continuing to live in the planetary formation called Earth within the Solar system. In a planet where such a living is continuing, Why is it that the Earth becoming Globally warm, is in a state which has not been so, until now in a very long period of time? Why are we in such a stressful state?

If this is observed only from the state where we human beings are continuing to live in a livelihood structure, will the clear reasons belonging to this will come into understanding. That is, everything is available in the natural structure required for the living beings to live on the Earth. In it, “How much is required for whomsoever, in it, there is freedom in nature while acquiring the necessary amount.”. Only in this ideological structure, the happening of the livelihood intellect needing to go in compliance with the ‘rational intellect’ (that which is the human’s special intellect) is expressing the life nature livelihood’s importance as the most important one. Knowing this by itself is the scientific specialty of knowing the livelihood science itself in a scientific way.

Hence the answer to the “what is the necessity of knowing?”, is only if every one of us completely understands that, in the 5 Grand elemental structure, the ‘Nature livelihood’ on Earth is existing naturally in nature and is as well functioning & operating in an exchange method in a natural way. Can we correct the intellect that learns, “Why is Earth becoming Globally warmed and how Global warming can be corrected by joining with nature structure in a natural state” in a scientific way. In understanding this, it will be possible to learn that it can be changed into livelihood in the current course.

In the Planetary Structure

So, if the Earth becoming Globally warmed is to be understood in the ‘5 Grand elemental functioning structure’, then the meaning becomes: “If heat is becoming increased then the water is becoming decreased or water’s nature is being lost”. For it, if a question is asked such that, “Can’t huamans utilized increased amount of water for their need?”, then it will be that, “it is not wrong, the required amount of water can be further utillized”. In contrary, it will be such that, “it is required to utlize the water that is available on the upper surface of the Earth in a proper way and it should be stored properly as well and the necessary amount of water should be given to the inner surface from the upper surface as help”.

Hence, as we take water more and more water than the available need from the Earth’s inner surface, “the gaps in the inner surface of the Soil(Earth) will decrease”. As a result of such gap creations, small soil falls will start happening which is dreasing the gap formations available inside. As a result of this, afflictions are being inflicted in the natural operation structure which is created as a rotational operation in the Unification of the 5 Grand elements. Adding on, “as increased amount of water is being taken from the Soil’s inner surface towards the Soil’s upper surface, the Soil’s inner gravity and Soil’s outer gravity as well is becoming weakend (Soil = Earth)”. So, as the gaps in the inner surface of the Soil is becoming reduced, “the heat rotational operation that is expressed from the Planet’s inner core, being corrected in the Natural structure from the Earth’s inner surface is being extremely affected”. As a result of this, within the planet (Earth) there is heat tightness (Sultriness) being created. When there is such heat tightness created within the Earth, the Planetary Gravity in the inner structure of the Earth and 5 Grand elemental unified Gravity (5 Grand elemental exchange gravity) as well on the upper structure of the Earth is being conflicted extremely or it can be said that afflictions are created.

The Afflictions from the perspective of the Planetary Structure being afflicted

As an outcome of this ‘Seasonal period connective operations’ of Nature will exist to be changed. Adding on, “through this, the Planetary protective field purification operation method and the purificative methods in the ‘air that whirls around in motion through the planetary rotational method’ as well, will become extremely afflicted. Adding onto it, the afflictions that gets created in the inner structure of the Earth will create conflicted operations in the ‘exchange systems’ which happen on Heat, Cold, Air, Rain, Snow….. and many such natural structures that exists as a lifeline and fundamental structure for the life nature’s livelihood. This will then create a livelihood breakdown.

Adding on, the ‘natural structure happenings’ that corrects the Heat’s affliction on the upper surface of the soil will go reduced. So, “as many different natural structures that functions in joint with the Nature in the inner structure of the Earth is being afflicted as ‘the taking’ from the ‘5 Grand elemental unified structure’ in the Earth’s inner surface continues on and on for the human being’s livelihood needs”. In the state of it being so, only now in many billion years since the ‘life nature’s livelihood’ came to be, only because of the happenings that are conflicting the natural operations ‘that function & are being operated’ in the natural structure for the livelihood needs: “it is becoming the reason for the Global warming happenings to be created”.

What is to be fulfilled?

Hence for correcting the Global warming in the Natural structure, if we fulfill the ‘water source operational structures’ by ‘the water source reservoiring methods‘: “The Earth’s structure, as a structure and as a required element for the life nature’s livelihood to be existed naturally in the nature and the life of equilibrium as well will attain wealth”. It will attain prosperity as well. This can be known in a scientific way. “By creating the blissful ‘natural structure methods’ on Earth, let us live life to the fullest. By living, let us show the way forward for the people that live”. Come!