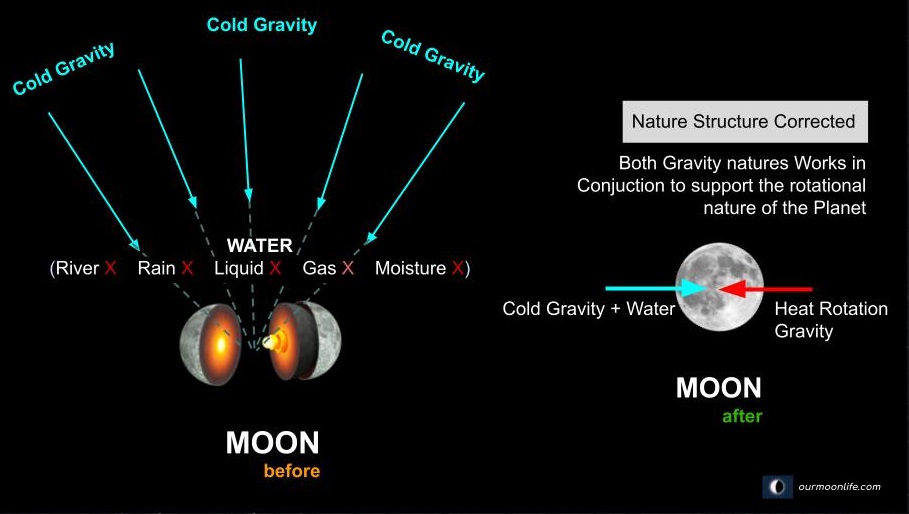 In a planet: If the happening of the water source being utilized exist to be non existential, then in that planet heat affliction will be very high. As a result of this the Planetary core spin required for the Planetary rotation is not being in the required (liquid) loosened state. Instead it is being in a solid state. As a result of this the planet’s rotational operation existing to be in the state of extreme slowness (rotational time period) is coming into creation, Whenever there is conflict that comes into creation on the Planetary rotational method then there is also the creation of conflict in the 5 Grand elemental Structure’s operation. To explain further: Whenever the water in the 5 Grand elemental (Soil, Heat, Water – Cold, Space, Air) structure is not being in participation on the Natural structure directly then the situation of the Cold Gravity’s operation, beginning to participate there directly, comes into creation.

To learn from such an exuberant happenings: It becomes required to learn about the Planet’s structural ways and the planetary rotational operation methods.

If the Pitch dark and extreme cold that prevails throughout the entire night on the Moon is corrected through the utilization of the water source’s function, then it is possible to create life’s livelihood on the Moon similar to it’s existence on Earth. This can be known.