In the Universe we live in, if we want to live on a planet, then Day – Night time period becomes very very important. Reason being, plant lives, living beings, Human beings, for their livelihood growth of being awake, resting, sleeping for such happenings Day – Night (Day – Higher-Heat & Light, Night – Lower-Heat & Darkness) time period are being a very important factor. This truth of greatness has been a acquired learning from the experience of living on Earth. “The moment we din’t give importance to such happenings of being awake, resting, sleeping, from that time onward our life will not become complete life of being in unification (joint) with Nature. Or, it is required to be realized that it wasn’t attempted (made) to be (in unification)”. For us to live in this Universe, Earth itself happens to be a model structure (to live). Hence on Earth livelihood can only be created close to the time (Day – Night) periods happening on Earth, this is required to be known.

Moon’s rotational function is spinning (rotating) in a very very slow speed is making the Moon’s Day – Night happenings to be understood in a non understandable riddle.

Light – Dark Happenings:
When the Moon is in the happening of revolving around its orbital path it is becoming a necessity to revolve around the orbital path of the Earth.

On the Moon, the parts where Sun exposes it’s light (brightness) becomes bright (filled with Brightness). On the Moon this happening becomes Day time.

On the Moon, the parts where Sun doesn’t use it’s light becomes darkness. On the Moon this happening becomes Night time. 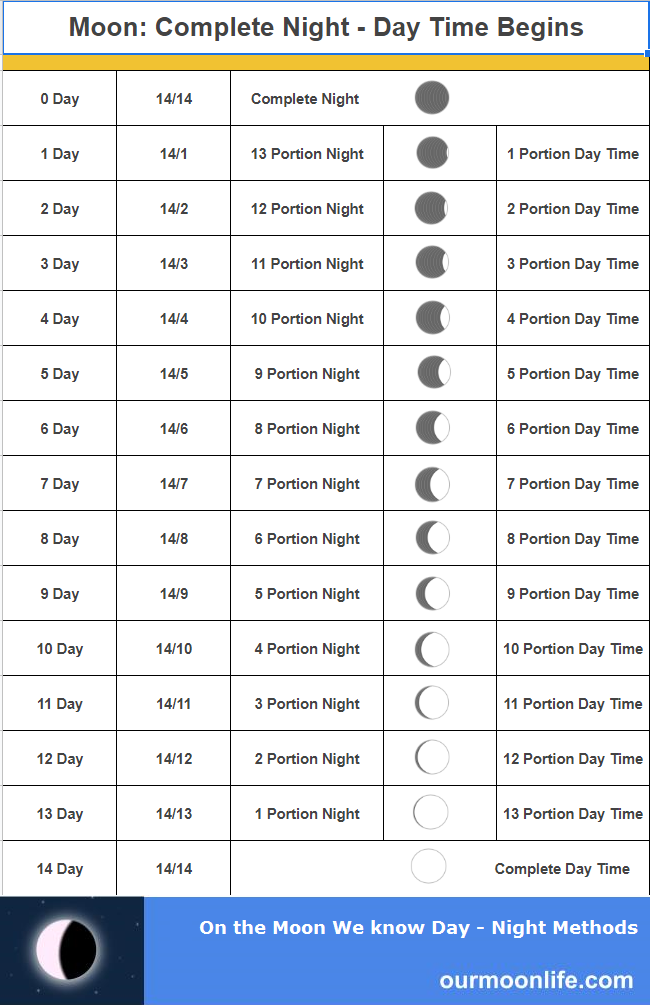 Required to be Observed:
On Earth Day time is 12 hours and Night time is 12 hours, happening in 24 hours time. That is, the time (in itself) for Earth to rotate about itself becomes 24 hours. We are able to observe (see) for periods and periods of time on Earth that 12 hours Day time, 12 hours Night time is what we are living and experiencing as livelihood. In this moment is when we are able to know that on Earth everyday the day light period is the Sun’s brightness happening in 12 hours period of time. But, on Earth every day the night time period is completely night (dark) for the 12 hour time period is what, that cannot be told. The reason being, the one night period of New Moon day is the one day alone that can be seen as of darkness on Earth. In terms of Earth, on Day time brightness becomes a part of each day. At the same time, in the night time darkness happens once in 30 days is necessity to be known. Remaining 29 days Moon by exposing it’s light gives freedom for darkness’s personality (ownership). Only from this happening, Moon’s rotational function (Day – Night) can be known (becoming possible). 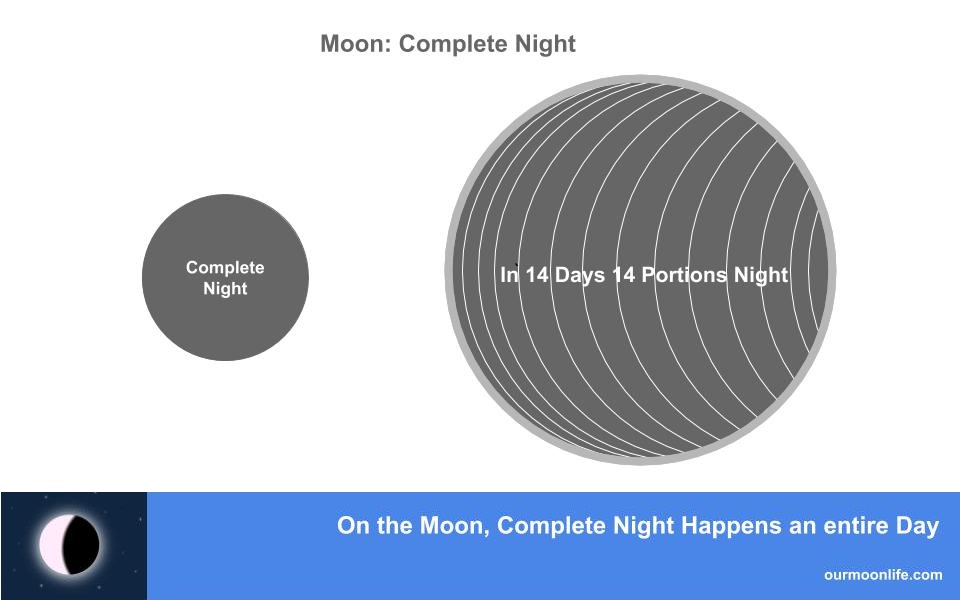 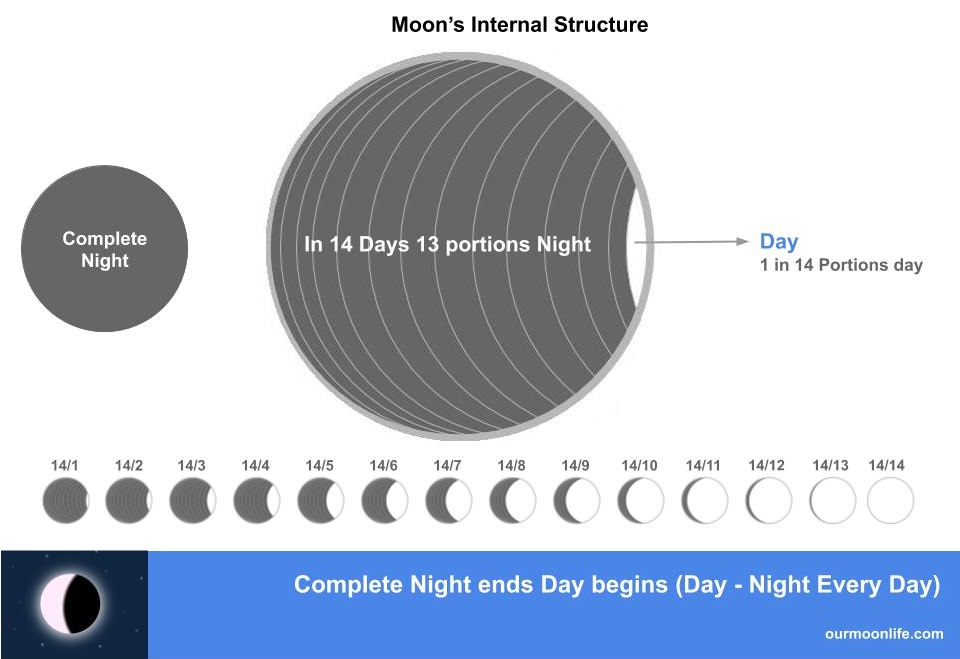 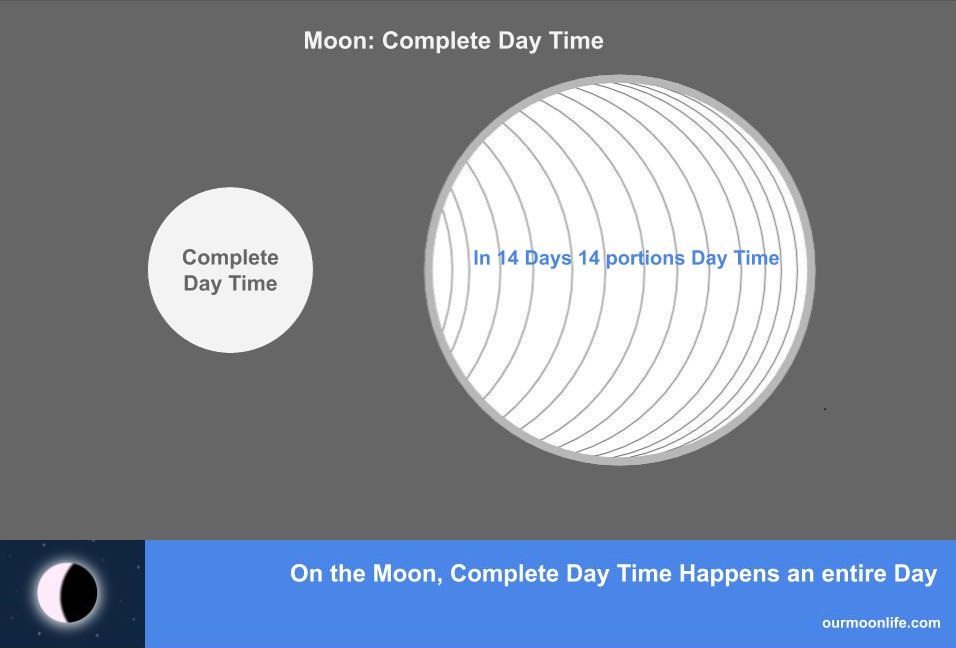 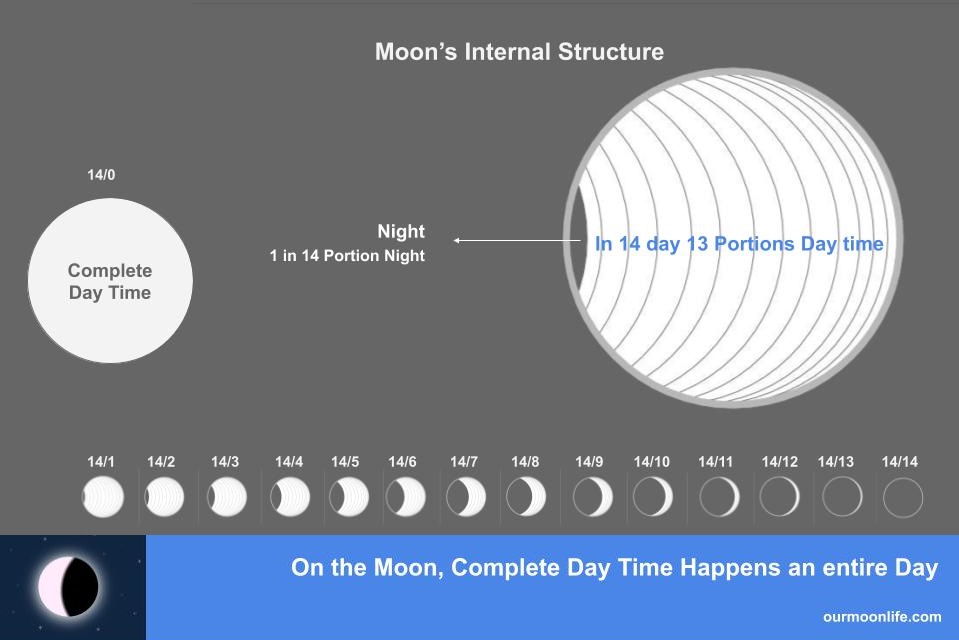 Day – Night Rotational Method:
On Moon’s upper (outer) surface the Sun is exposing it’s light upto a certain part. On the Moon’s upper surface the other parts (other side) where the Sun’s light has not yet touched becomes darkness. “In every planets this is how Day – Light happenings are happening”.
As the Moon’s rotational speed is rotating in a very very slow speed, the Day – Nigh time period approximation on the Moon is becoming indeterminable by us.

On the Moon the Day time happens once for 14 days in one half quantity (on the Moon One perfect Half: One Side – Other Side). At the same moment when the Day time is being made, in that day On the Moon, other side becomes night (dark) time and can be seen so.
“On the Moon, how will the other side be, is currently being thought as a Question/unknown answer by the Science structure. Let us publish this as the right answer to them”

Thank you, Come let us get to know more.