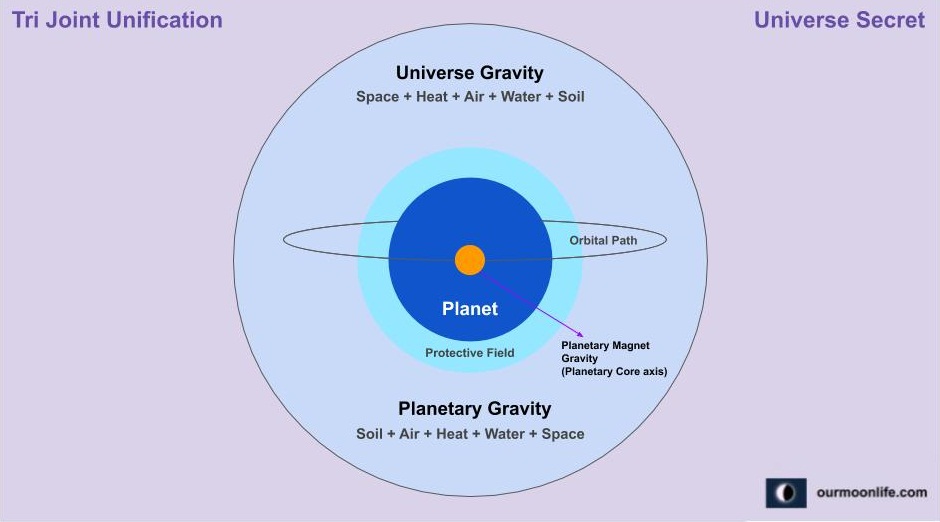 If we look closely at this Universe structure we live in, we can get know that this Universe Structure in itself is functioning in a rotational method. It is functioning in Gravity can be known. The events of viewing it in such separate state is forming to exist based on the current Researches. Viewing the same from another perspective, that these two (Rotational method operation, Gravity Operation) operations are functioning together is what we cannot deny.

The Natural nature of Soil Air:
Soil and Air are always joint (Soil + Water). “There isn’t a single Operation that doesn’t join with Air” is required to be learnt.

The Natural nature of Soil:
Soil: In its natural state as it’s being Solid nature (Rigid and Particle Soil) & Particle nature, it exists to be filled with gaps in nature.

The Natural nature of Air:
Air in its natural state is existing to be in the nature of Gas. ‘Air has got the strength of moving (In Rotation: In all Directions)’.

The Natural nature of Soil + Air:
The Soil by itself we are calling it the Planet’s primary matter. Air has the nature of functioning by joining with Soil. To be filled in the gaps of the Soil and to move through the elevations and pits. Through it, it becomes the reason for the Rotational operations to be created. This by itself becomes the reason for the Rotational operations’s happening on the Soil’s outer surface and the inner surface. Hence, on the Soil, in the inner surface and in the outer surface, the functioning of the air along with Soil and Soil joining along with air, in it, as a rotation in gravity – gravity in rotation, the functioning of it can be learnt.

The Natural nature of Air + Water joining together and functioning on the Soil:
Soil is Solidified, Particulated in being a formation filled with gaps. Water is being of the nature that fills and existing to be filled in gaps.

The Natural nature of Air and Heat joining together and functioning on the Soil:
The Air that is always joint with the Soil, keeps creating gaps through its moving strength. Through this the elevation – pit – plain, such happenings are being created. In this happening if heat happens to join, it will make the intervals in the Soil to become decreased and increased, such happenings come to be so. Adding on to it, the right opportunities for light (brightness) to penetrate through the Soil, is being created.

Come, Let’s get to know more.