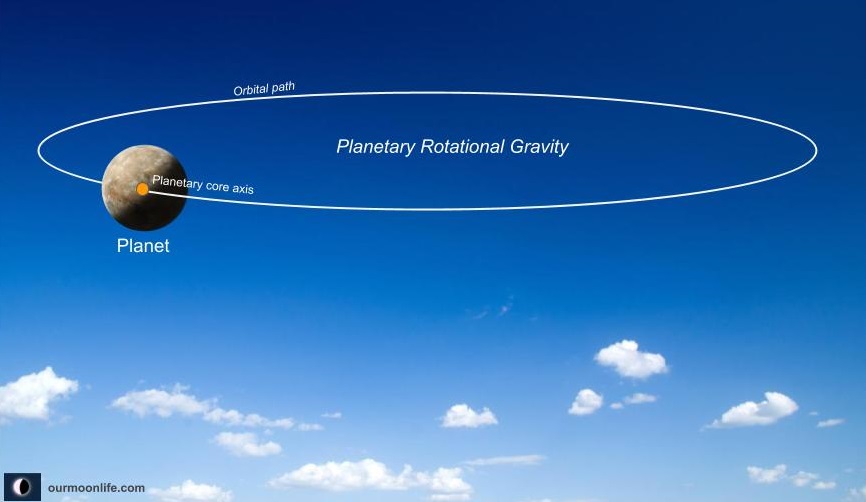 Though the entire Universe is made of the 5 Grand Fundamental Elements, we know that we live in a planet that is formed with Soil as it’s center (base).

Similar to how this Universe we live in, rotates by joining with Rotational Gravity, the Solar Family (Solar System) is also rotating. Similarly every single planet is functioning in Planetary Rotational Gravity.

The Planetary Rotational Gravity is formed in between the Planetary Core Axis Rotation and – The Planet’s orbital center point.

Planetary Rotational Gravity: Two actions:
1. To Rotate around itself
2. To Revolve around it’s orbital path
and so every single planet are rotating in two type rotational method.

“The Planetary rotational gravity is” happening through the 5 Grand Fundamental Element’s – mixture operation’s – mixture gravity. Let us always keep this in our memory.

Gravity in 5 Grand Fundamental Elements:
Making the Planet made of Soil into a mixture of 5 Grand Elements and letting it in the Space, in the Heat, in the Air, in the cold (Water/Liquid) and making an orbital path for it and letting it rotate in it. It is the nature in which the Natural structure has formed to be.