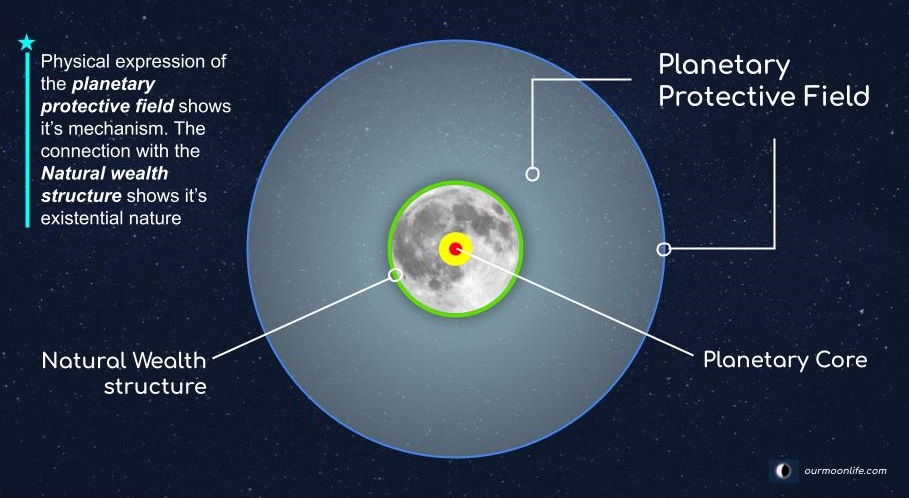 That which exists to be a source and a necessity in necessity for a planet’s rotational operation is a planet’s core. Only based on the Planetary core’s natural rotation method there will be a stabilized value of Day – Night time period and Heat – Cold nature. Even the happenings such as the water source in the inner surface of the soil expressing itself on the soil’s upper surface will start to happen. Not only that, but on the planet existing as the 5 Grand elemental nature structure, if it did not function in a proper unified state then the nature of the liquid formation required for the Planetary core to whirl (spin) will have solidifying nature coming into creation. As a result of this, the happening of the planet becoming Globally warmed will come into creation. Adding onto it, there will become an existence of having dry nature on that planet’s inner surface and upper surface.

As a result of this, there will be the possibility of water source to reduce.  Adding onto it, in that planet’s structure: There will be earth quake, tremors….. and such natural conflicts will come into creation and the life’s livelihood will be affected in large scale. Not only that, but that planet’s protective field will become weakened. Reason being, the natural wealth (flourishing nature) nature will reduce as there is the creation of heat dryness in the Planetary core rotation of that Planet. Based on this, there is creation of conflicts on the purification method in the Natural structure.

Hence, for the Planetary rotation and Planetary protective field to function properly, there is the requirement for the natural wealth (flourishing nature) and environmental protection method be maintained (nurtured) in a favorable way for the life’s livelihood. Living on by doing this will elevate life is what we know.

Let us learn the necessity and practice living.