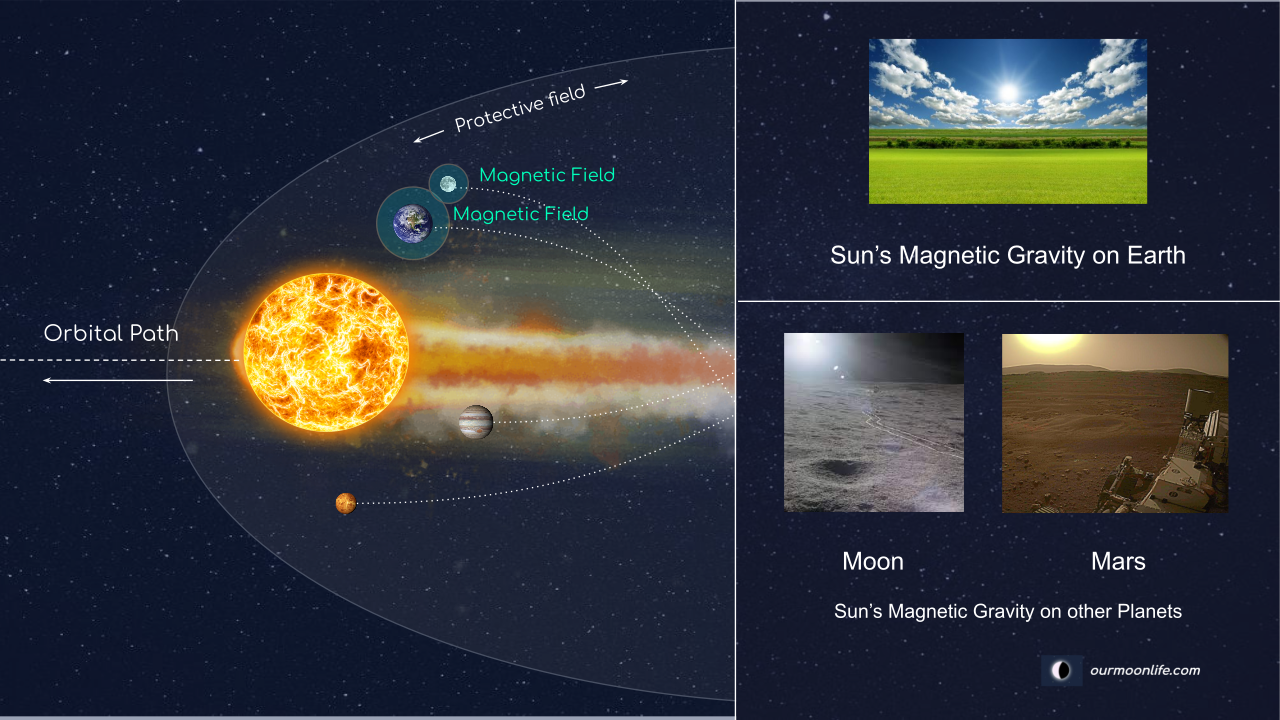 In this Universe, we live, in the existential happening of having within itself many billions of planets, it is functioning in joint with the nature as a method that functions naturally and as a nature’s cooperative organization. For the entirety of the Universe, we live in: “that which exists to be a prototype planet is the Earth in the Solar System”. Earth’s operation is rotating by keeping Sun as it’s central source. For the ‘operational structure’ that functions in joint with the rotational method: “The Moon is existing to be in existence as a support planetNatural Satellite for Earth”. For the Earth and Moon functioning in a rotational method in the Solar system: “The Earth and the Moon with the help of the Sun’s core support and within the Sun’s protective field, in the natural structure, they are functioning within their own Magnetic gravities“. Every planets and support planetsNatural Satellites that are functioning in the Solar system are indeed functioning based on the Solar magnetic gravity. In the structure that functions in such a way, the Magnetic gravity is indeed dependent on the 5 Grand elemental structure that functions in joint with the planets.

If that which is being known is to be known in a scientific way then in the Natural structure the elements can be changed in favor of livelihood. Such can the natural structure be corrected in a natural and softened way in the Universe. This can be learnt with clarity.